Forbes recently interviewed our Managing Director, Josh Curtis, to consult an investment banker’s perspective on the niche industry of gun distribution. Check out the article on Forbes.com, or read on for the full text. A special thank you is extended to the respected Forbes.com contributor, Elizabeth MacBride, for reaching out to Footprint Capital and including our insights in the story.

The Remington bankruptcy is likely the first of a series in the gun business, which is struggling with falling sales since Donald Trump became president, said investment banker Josh Curtis. Though big manufacturers dominate the industry, smaller but still substantial family-owned businesses have been hit, he said.

Background checks for firearms, a proxy for sales, fell 8.4 percent last year after increasing in 13 out of the last 14 years. Remington, in an expected move, announced this week that it was seeking Chapter 11 bankruptcyprotection as it reorganizes. It’s owned by Cerebus Capital Management.

Gun sales are thought to be driven by fear that the government will make it more difficult to buy guns, either by law, regulation or taxes. Manufacturers and distributors were banking on a Clinton victory, which means they prepared for more demand – when in fact, there has been less.

Gun sales seem likely to remain in the doldrums. The gun control movement, led by young people, is swelling. But would-be gun buyers or stockpilers are betting that the movement won’t be able to make serious legislative or regulatory gains during a Trump presidency.

Meanwhile, companies or private equity firms that normally swoop in to purchase struggling companies feel reluctant to do so in the case of gun businesses, either because of headline risk or their consciences, said Curtis, who recently got an inside look at the industry as he tried to help a distributor find a buyer.

With six employees, his investment bank, Columbus, Ohio-based Footprint Capital, makes a specialty out of M&A transactions for the sizeable family-owned companies that still dot the middle of America. Though there are bright spots in the gun businesses – particularly among shooting ranges – those that rely on gun sales are struggling, Curtis said. Upstream from the big manufacturers, there are companies that make components for guns. Downstream, there are big distributors, some as large as $500 million in revenue.

It’s never easy when a company hits a down cycle in its industry, but for companies that get some or all of their revenue from guns, the situation is particularly fraught. 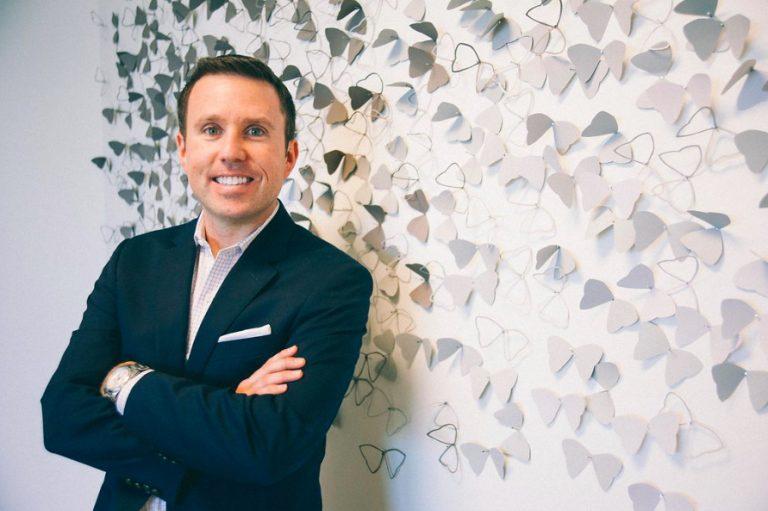 The gun business is dominated by the big manufacturers, some of which have dictated the terms for distributors and retailers, said Curtis. “In order to get the guns that customers want, the distributors often have to carry others,” he said.

Nor do family-owned gun businesses have a strong voice at the political table. The consumer group, the National Rifle Association, has had a long alliance with the organization that represents the industry, the National Shooting Sports Foundation.

For a gun business that is struggling, there are few ways out.

Gun businesses tend to be fairly small, but that’s not the issue, Curtis said. Across industries, private equity firms are buying smaller companies now; and many from the East and West Coasts are casting their nets wider, toward the family-owned manufacturing companies in the middle of the country. He has talked to firms that have a current floor that’s fallen to $1 million EBITDA, compared to several times that a few years ago.

The big obstacle for gun businesses is the reluctance of buyers. If they are private equity firms whose investors include pension funds or foundations, “they would not be able to invest in ‘sin’ businesses,” Curtis said. “Those that don’t have that inability are fearful of the headline risk.”

That leaves the offices – “family offices,” they’re called – that invest the pooled wealth of dynastic families. He said he has been working with a family-owned business that needs to sell. “We talked to a lot of parties. … They just fundamentally did not want to invest in that space.”

Curtis said some gun businesses that have an employee-oriented culture could turn to ESOPS.

But “there’s going to be more consolidation in the industry,” he said. “(Remington) was the tip of the iceberg.”